The Javett Art Centre at the University of Pretoria (Javett-UP) is built on a dream – a dream to be the home to the art of Africa. And when the home was ready for visitors (it opened on 24 September 2019), Javett-UP allowed Flow to bring our skills and smarts to do something for a country we love and believe in, and for a project that’s taking a huge step forward for South Africa.

Javett-UP is designed to be a place where art tells the long, sometimes difficult, and always triumphant narrative of this continent and its people. And Flow was asked to make sure that the people came.

It may have seemed easy. We were dealing with a greenfield project. There was zero baggage. But there were things to consider:

To up the stakes, our client was adamant: this was not going to be an art centre for people who schmooze every exhibition opening, talking in hushed and reverent tones about technique while sipping on teeny glasses of sherry. Javett-UP is for everybody. And it is especially for people who know nothing about art.

We took to the streets to find out how our target market (people in broad-based, grassroots communities) were feeling about being South African. It was not good at all.

South Africa was in desperate need of good news.

That’s when we decided on #MyAfricaOurArt

We also decided Javett-UP needed to be straight-talking, clear and unpretentious. Colloquialisms and slang were OK. In fact, they were encouraged. Fancy, inaccessible and sophisticated language was banned. 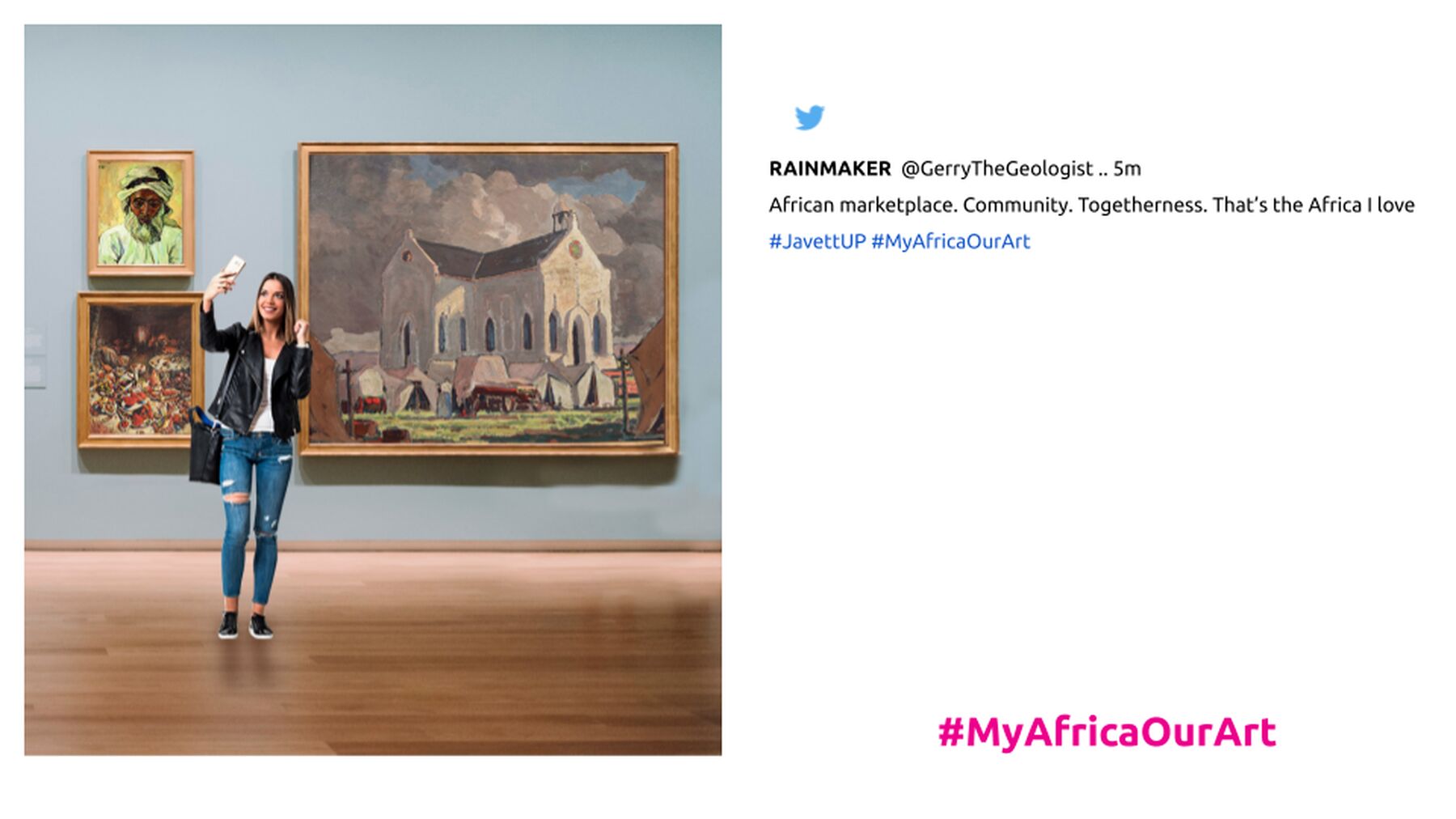 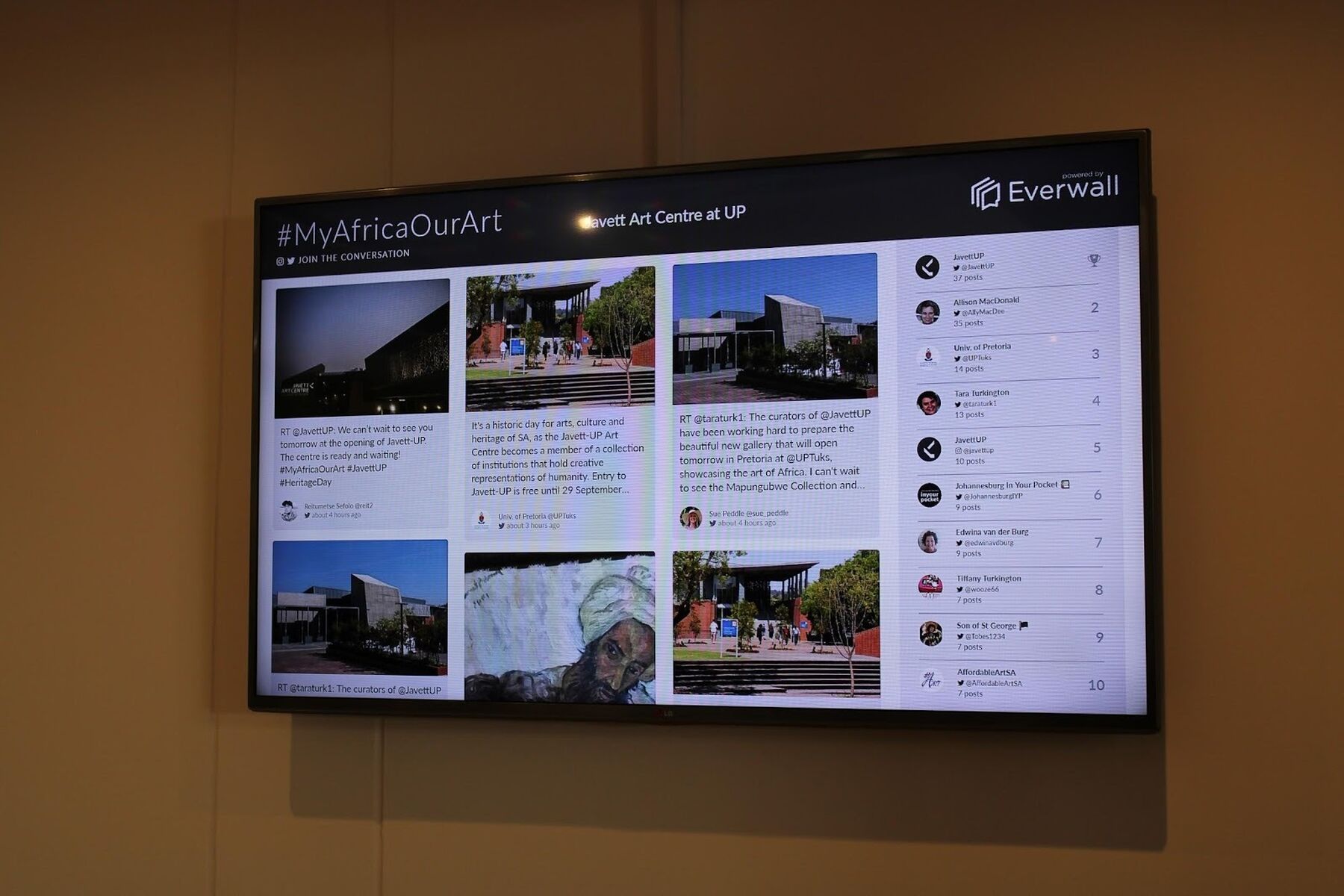 We had a sensational working relationship with the client team. This was a partnership in every sense of the word. Flow and Javett-UP had each other’s backs. It made the world of difference. And it delivered a bull’s-eye piece of work.

We had planned for 700 guests at the opening. In the end, around 3 000 people of all shapes, sizes, cultures, religions, genders and interests rocked up to rock the official opening of Javett-UP. Most of them were just regular South Africans like you and me: people wanting to have fun and feel gooooooood about being a South African.

Did all these guests create an event-management headache? Not a chance! Javett-UP, after all, is home to the art of Africa. African homes are always open to friends. That day, 3 000 friends welcomed the art of Africa home. And Flow Communications was there to keep it all smooth, sleek and on fleek.

The project objectives were achieved and exceeded:

We believe the creativity and innovation of this campaign was threefold: