In March 2021, Dr Judy Mann-Lang, then conservation strategist at the South African Association for Marine Biological Research (SAAMBR), sent an email expressing an audacious goal to a few colleagues interested in ocean conservation – to declare the world’s first ever Marine Protected Areas (MPA) Day, to create awareness about these crucial “game reserves of the sea”.

The day included a virtual live tour to four MPAs, attended by hundreds of people online. In the evening, a live Twitter chat with influencers continued the conversation.

The 100% pro bono MPA Day campaign reached more than three million people on social media and garnered more than R5-million in media coverage. It not only left South Africans more knowledgeable about their 42 MPAs, but it has also now spread internationally, with several more countries signing up for future iterations of MPA Day.

This campaign, run almost exclusively through organic social media and with key influencers generously donating their time and services at no cost, is an excellent example of harnessing the power of social media to rally support for a worthy cause.

The idea for an MPA Day was conceived early in 2021 between a few like-minded friends and acquaintances within the SAAMBR network, who were all passionate about South Africa and conservation, particularly ocean conservation. This small group formed a lobby group, the MPA Alliance, with the aim of declaring and celebrating MPA Day and, through this, raising awareness about ocean conservation.

SAAMBR and the MPA Alliance – which included Flow Communications, working pro bono – wanted to create awareness and appreciation of South Africa’s marine protected areas, which are crucial to ocean conservation.

We wanted ordinary people to know about the existence and realise the importance of MPAs, to lay a base for them to ultimately fight for their protection and extension. In essence, this was intended as a purpose-led awareness campaign.

1 August 2021 was selected as the inaugural MPA Day, as it was on that day in 2019 when South Africa’s 20 new or expanded MPAs were first gazetted as being legally protected.

It was decided to launch and use an awareness day to raise consciousness around marine protected areas that, like their terrestrial counterparts, are of vital importance in conservation efforts. MPAs are where marine species from whales to sardines and seabirds breed, so the health of our oceans are highly reliant on their existence.

Launching MPA Day in partnership with other like-minded entities was a major opportunity for SAAMBR to introduce South Africans to their country’s amazing marine heritage, and to highlight the critical role that the oceans play in sustaining the lives and livelihoods of people, providing multiple economic, cultural and spiritual benefits.

The MPA Alliance believed that the easiest and most effective way to get the message out about the importance of marine conservation, and particularly about MPAs, was through a targeted social media and public relations campaign, coupled with a photographic competition.

The execution of the first MPA Day kicked into gear, with key spokespeople in the MPA Alliance being identified and media trained. Social media accounts for MPA Day were created on Facebook, Instagram and Twitter – and then the work of creating a social media community started.

The messaging focused on creating awareness about:

The social media campaign was shored up with press interviews to ensure the message was disseminated as widely as possible.

Conversations were specifically designed so ordinary South Africans could realise that the beach they love to go to on their annual holiday and the whale-watching spot that tourists flock to are part of South Africa’s marine conservation areas. The broader intention behind this was for them to realise the value they derive from the conservation of our marine areas – so that they and future generations can continue to enjoy the pleasures of a walk on the beach, snorkelling, diving, angling and so on.

The tone of the messaging was simple, friendly and engaging so everyone could join the conversation and take ownership of the country’s marine protected areas.

Flow Communications drove the social media side of the campaign, and the team leveraged friendships and connections in the marine conservation field to get conversations going, partnering with a number of other organisations, including:

A photographic competition was launched in July 2021, to encourage South Africans to share their connection to the ocean through their images. Companies donated amazing prizes for the competition.

A special Song for the Seas jingle was written for SAAMBR to use on social media, to promote ocean conservation.

On 1 August 2021, the first ever MPA Day was celebrated with a virtual tour of marine protected areas across South Africa. Well-known South African storyteller Gcina Mhlophe and her daughter, Khwezi Becker, wrote a poem about the oceans that they performed during the online event.

While #MPADay trended all day on Twitter, a Twitter chat on the evening of the event was held with the support of prominent social media influencers, who participated on a pro bono basis.

All this was done to make South Africans realise they have many, many reasons to want to protect and cherish the oceans.

The MPA Alliance’s expectations for the impact of the campaign were met in that not only did it raise awareness of the importance of marine protected areas in South Africa, but there has already been a second annual MPA Day, on 1 August 2022, with a global reach. 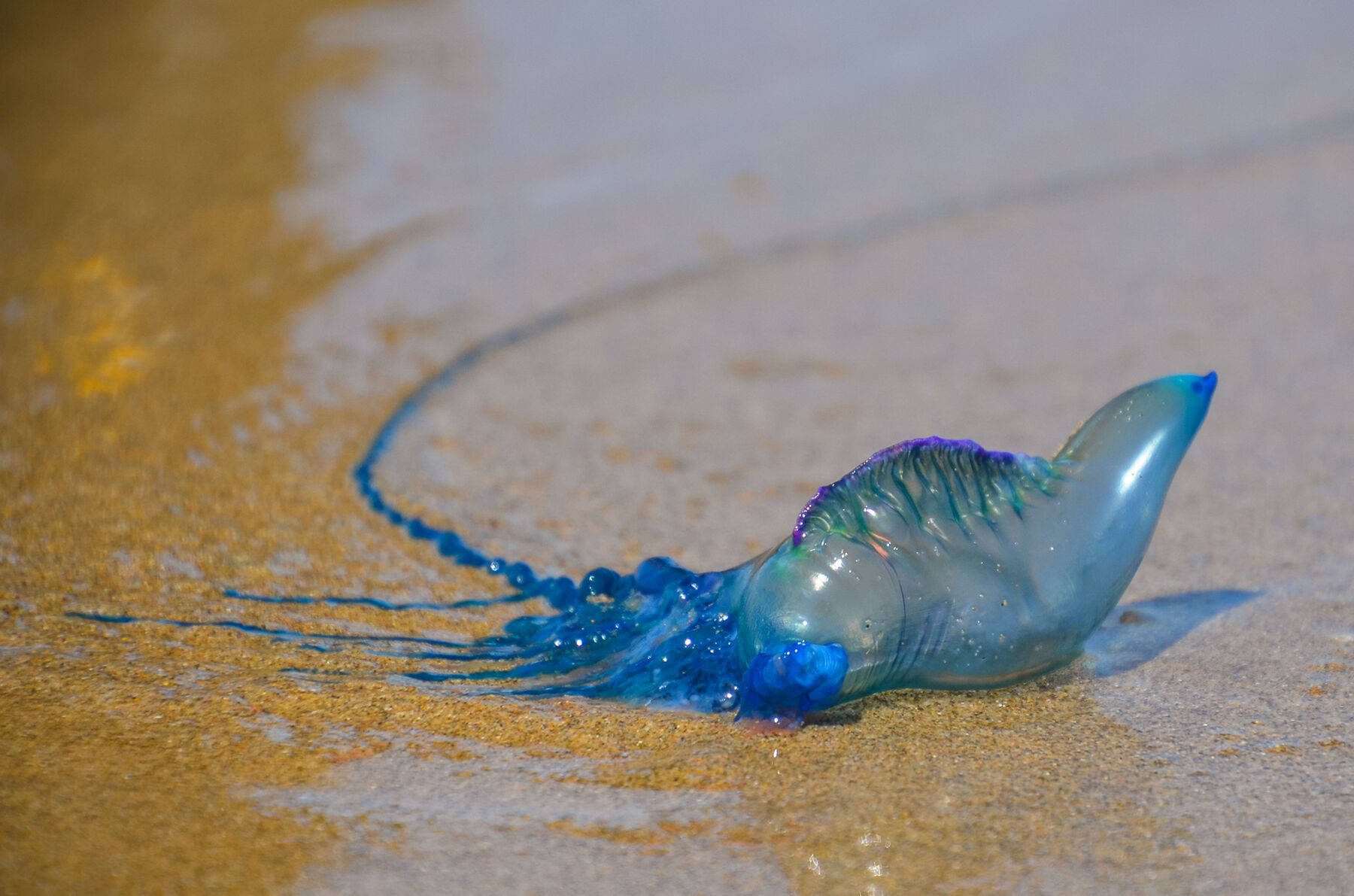 A blue bottle on a beach. Our marine protected areas protect so many marine species. (Image: Judy Mann-Lang)

Results of the MPA Day campaign:

As the entire campaign was done pro bono and the timeframe was limited, there were no specific targets other than to encourage engaging conversations around marine protected areas and to firmly establish the first annual MPA Day.

The biggest “expense” was the time and effort put in by committed individuals to make the campaign a success.

Perhaps the most important learning from the campaign has been that South Africans truly love the ocean, and that they are willing to help protect it for future generations.

This was evidenced by the individuals who used their own time and networks to raise awareness and participate, and the organisations that donated prizes worth thousands of rands, but also the ordinary South Africans who participated with such goodwill and were so positive about the campaign. 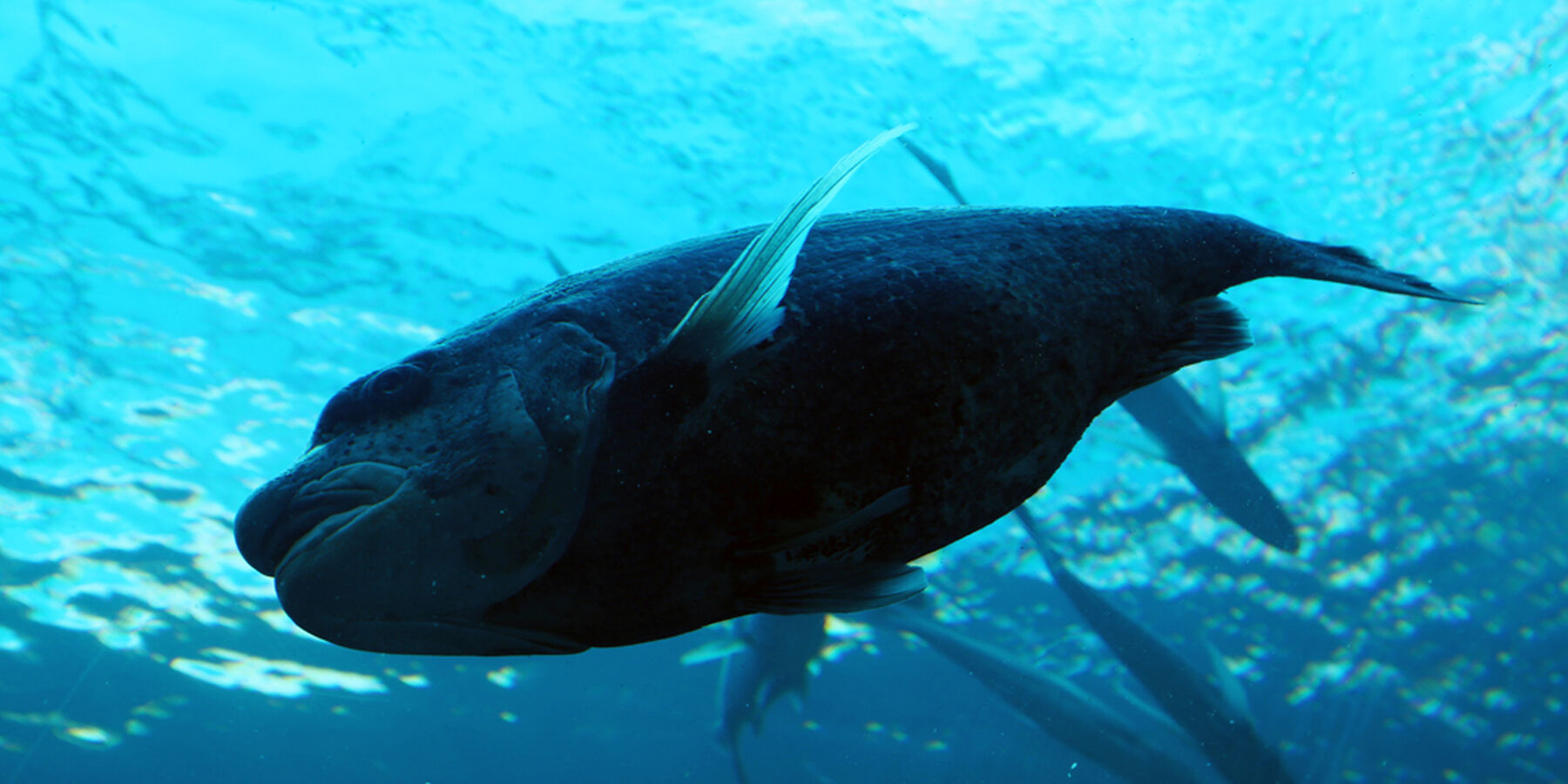