You don’t want to meet an emergency services worker by accident, do you? Thought so.

No one wants to have a road accident serious enough to warrant attention from paramedics, police and fire officers, and doctors and nurses. But in South Africa your chances of doing so are among the highest in the world.

The Road Accident Fund (RAF) wants to change this. It sees the aftermath of road accidents all the time – it helps survivors with medical, rehabilitation and other expenses, and assists families that have lost loved ones and breadwinners.

Over the 2018/19 festive season, Flow Communications worked with the RAF to communicate the importance of responsible road use. We needed to get road users thinking about how they behave on the roads, and why every single road user’s actions matter. The intention was to get them to start changing their behaviour for the better. 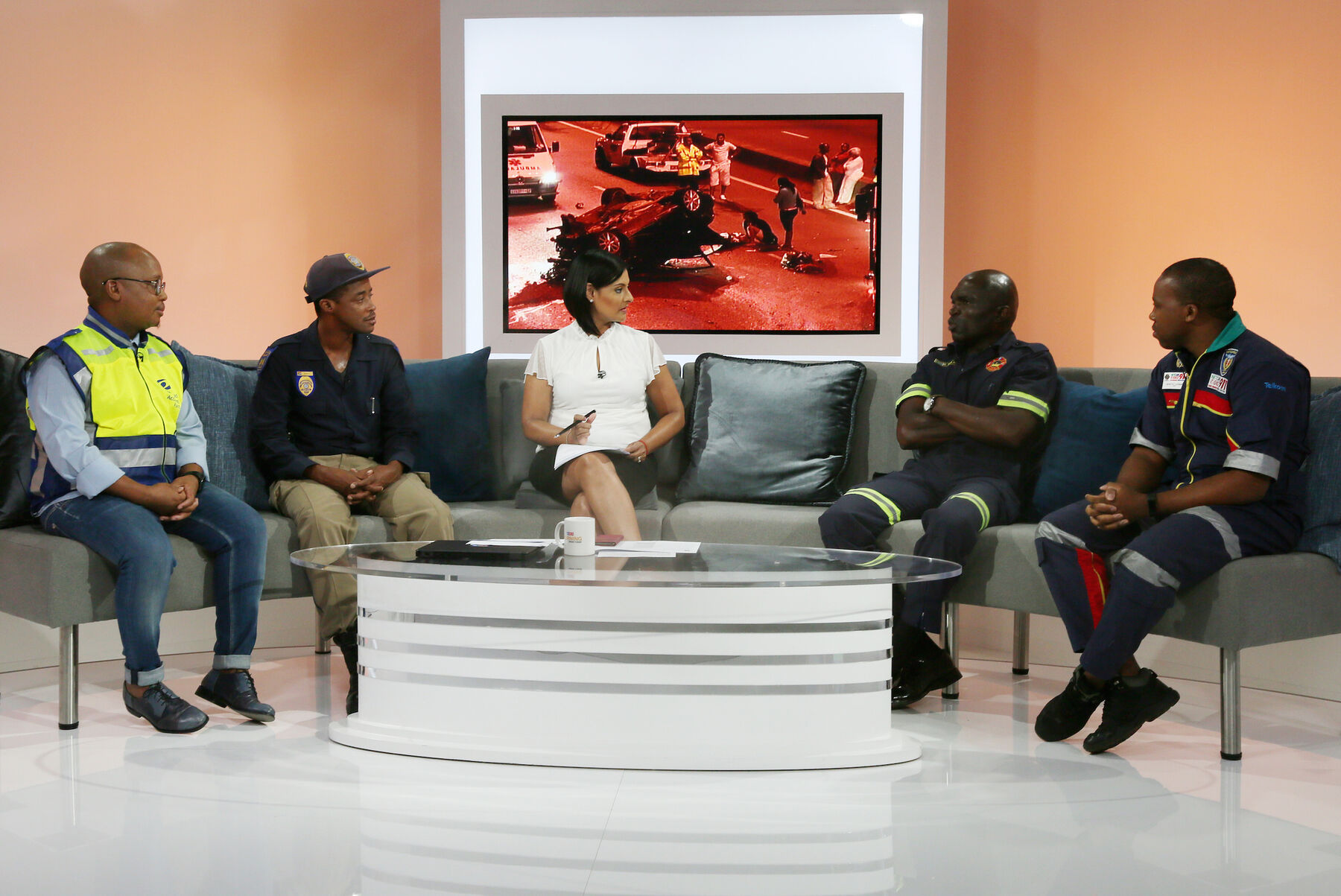 One of the many radio and television interviews the Road Action Squad did to promote the #AlwaysRemember campaign, this one on eNCA. (Image: Road Accident Fund)

The RAF and Flow certainly got the message across. The campaign’s combined digital, social and editorial reach was well over 180-million across radio and television, and 3.6-million on social media platforms. Simple arithmetic suggests that every South African was exposed to the #AlwaysRemember campaign more than three times.

The hashtag #AlwaysRemember had a spread of 38.6-million, showing high engagement with the campaign’s content. This didn’t happen by accident. It was the result of a strategically conceived campaign, targeted delivery, cross-channel amplification and leveraging, and on-the-money content.

Editorial public relations around #AlwaysRemember delivered an advertising value equivalent of R3-million, and a return on investment of 10:1.

The #AlwaysRemember campaign was based on two insights: that scare tactics often don’t work, and that there is consumer fatigue around the type of road safety announcements that have a politician calling for greater responsibility to be exercised on the road.

Flow and the RAF decided to use stories told by those who are intimately involved with the devastating consequences of road accidents – emergency services workers – to save lives by getting people to be more responsible on South Africa’s roads.

An internal campaign to help RAF personnel understand why #AlwaysRemember mattered and to whip up their support for the campaign was also run.

Flow identified spokespersons for the campaign by asking ER24, the metropolitan fire and emergency services, the casualty and trauma sections of big hospitals, the metro police and the United Towing Association of South Africa to select representatives. They were the RAF’s Road Action Squad. Flow helped the RAF train these spokespersons on how to interact with the media.

Feedback from the media channels that interviewed members of the Road Action Squad was that #AlwaysRemember’s use of first responders and emergency services personnel as spokespersons for the campaign gave valuable authenticity and gravitas to interviews.

While the highest prize – reducing road deaths over the festive season – was not attained, the RAF says changing behaviour takes an enormously long time. We believe the #AlwaysRemember campaign’s reach and spread show it resonated with most South Africans.

Even the judges of the recent 2019 PRISM Awards for public relations consulting excellence were impressed – so impressed that they gave the campaign a Silver award in the public sector category.

Because the RAF used real people in its campaign, these men and women – 21 working in rescue services and related professions and nine RAF spokespersons – came from a cross-section of backgrounds. During the duration of the campaign, they gave interviews in all 11 of South Africa’s official languages.

Also, there was always someone from the Road Action Squad available to speak about the core campaign message of #AlwaysRemember.

The RAF also commissioned Flow Communications to film and edit a series of 30-second videos for use on social media. The message was simple: each member of the Road Action Squad had seen the horrific consequences of road crashes and wanted all road users to know that irresponsible road use is just not worth the tragedy. Using quotes from these people, we also created a series of hard-hitting graphics.

The message was reinforced with a series of radio and television interviews on national, regional, metropolitan and community stations.

The campaign worked well on social media, as the numbers show, and also on radio and TV – Johannesburg’s Radio 702, for example, interviewed members of the Road Action Squad and an RAF representative during a prime-time session lasting an hour.

It was a pity that the road death toll was not reduced over the festive season but, as with so many things, it all starts with the message – and that was certainly transmitted and received.

Update: Our RAF #AlwaysRemember campaign was shortlisted as a finalist in the Marketing Achievement Awards.